What We Really Know About Alzheimer’s

Chances are you know someone, either directly or indirectly, who has been affected by Alzheimer’s disease. Even if you don’t, you have read the stories and know just how devastating the condition is. Victims suffer from confusion, memory loss and even begin losing their sense of self. The brain slowly deteriorates and, eventually, claims the life of the person affected. Unfortunately, there is currently no cure.

However, June is Alzheimer’s and Brain Awareness Month. People across the country, including many celebrities, are banding together to bring awareness to this terrible disease and urging everyone to do their part in ending Alzheimer’s. While the most common way to help is donating to causes researching cures, you can also educate yourself on the warning signs of Alzheimer’s to begin the fight against it early on.

A History Lesson of Alzheimer’s 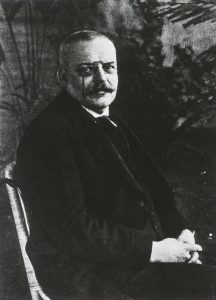 Around the turn of the century, a German psychiatrist named Alois Alzheimer was working with a 51-year-old woman named Auguste Deter. She was suffering from severe symptoms of dementia such as hallucinations, memory loss, disorientation and even problems with language. Though dementia had been a known condition for many years at this point, Alzheimer had never seen anything quite like what he saw in Deter, who was much younger than other dementia patients.

Deter died five years later. Alzheimer was fascinated with her condition, so he obtained permission from her family to do an autopsy. What he found was groundbreaking in the scientific community. Deter’s brain showed extensive physical atrophy. This was especially evident in the cortex, which controls judgment, language, memory and general thought. He then took then slices of her brain, applied a special silver salt and made another discovery: abnormal deposits on and in between the nerves. Deter was the youngest person in which such deposits had been observed up to that point.

In the years after the autopsy, Alzheimer presented different papers about the condition. However, it was his boss, Emil Kraeplin, who recognized this not as simply another form of dementia, but as a new disease in itself. Though Alzheimer died less than a decade after his discover, his contributions to the field of modern neuropathology has been cemented in history.

What We Know About the Disease

What Alzheimer described in his patient’s brain is now known as plaques and tangles. As we age, a buildup of beta-amyloid proteins gathers around brain cells. This makes it harder for neurons to communicate with each other, eventually blocking signals altogether. Beta-amyloid plaque buildup is thought to be a leading contributor in brain cell death. However, it does not work alone. Tau protein malformation also plays a major role.

Tau is a vital part of our brain activity. It gives brain cells their shape, and transports nutrients throughout the cell. For reasons we don’t quite understand yet, tau proteins create tangles in those with Alzheimer’s. Cells lose their shape and are unable to get the nutrients and other material they need. As the cells starve, they die and cause atrophy within the brain.

Scientists aren’t sure why some people are affected by the disease, while others are not. However, age seems to be a leading factor. In addition, genetics may also play a part. Recently, it’s been discovered that repeated head injuries could also cause Alzheimer’s. Lifelong football players and boxers are sometimes afflicted with a condition called Chronic Traumatic Encephalopathy (CTE). The head trauma endured by professional athletes triggers deterioration of the brain, which causes severe dementia among other symptoms.

What New Research Shows Us

Though there is no true cure for Alzheimer’s at the moment, there have been exciting new breakthroughs in research and treatment options. Recently, it was discovered that beta-amyloid plaque and tau protein tangles may appear 10 to 15 years before symptoms of Alzheimer’s are exhibited.

In addition, a new lab test that includes injecting Interleukin 33 (IL 33) protein shows that it may help clear up the deposits of beta-amyloid. IL 33 is naturally produced as part of the body’s immune disease, and those with Alzheimer’s often have a lower amount of it in their body.
However, this treatment has only been shown to be effective in lab rats, and it may be many years before it is available to humans.

As new treatments are constantly being researched and developed, a simple doctor’s appointment to test for Alzheimer’s could mean a better quality of life. Doing so is just one of the many ways you can do your part to #EndAlzheimers.

Categories
Archives
From The Blog